In the desert, in natural disasters or in the war in Ukraine. With its cutting-edge technology, Satcube is helping to establish Internet connections anywhere on earth. Now the company is taking the next steps towards developing cheaper and faster terminals."3.5 billion people lack access to internet, we want to change that,” says CEO Jakob Kallmér

With ease, Jakob Kallmér sets down the box he’s been carrying and opens the lid. When the battery is in place, he presses start, and the rest runs by itself.

"The lid of the terminal is the antenna. It is searching for our position here on earth and what angle it should have towards satellite to establish a link," he explains.

A minute later, a Wi-Fi hotspot with a speed of up to 10 Mbps has been established right here on the pavement in central Stockholm where we are standing. Enough Internet capacity to transmit text, images, and video. 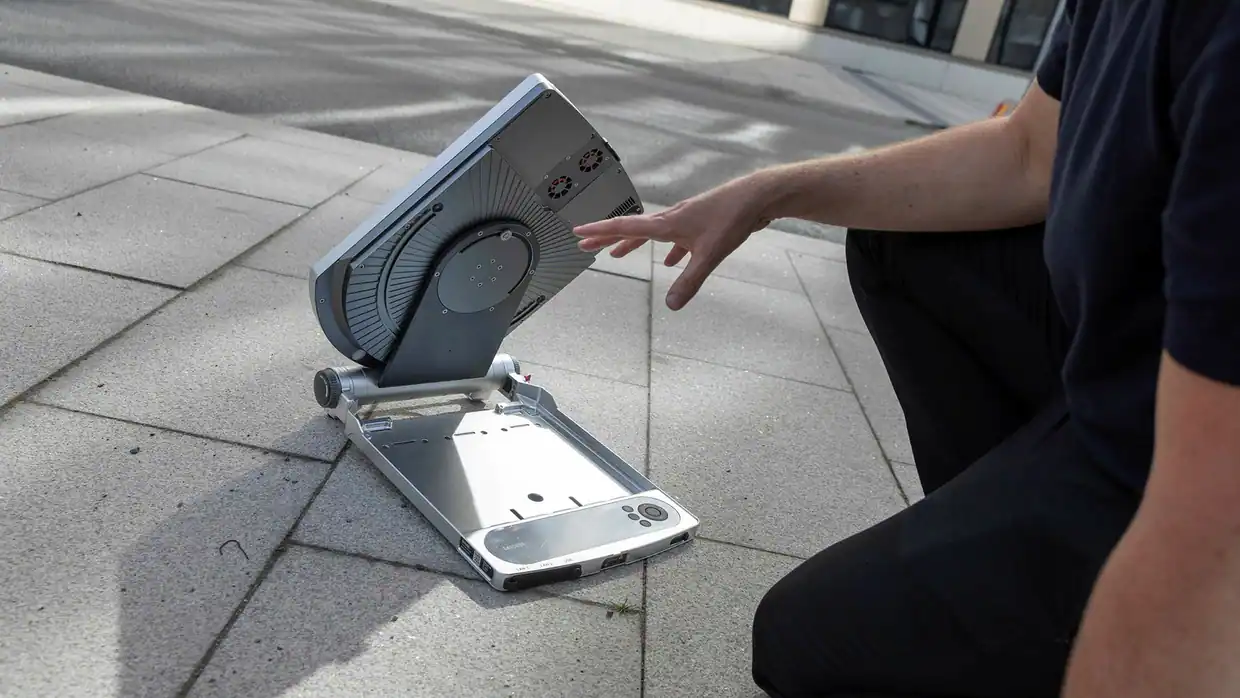 Setting up the Ku Terminal

The ease of use, meaning you do not need an engineering degree to use the terminal, combined with the size - where the terminal is one of the most compact on the market - is unique to Satcube and has been two factors behind the success. In addition, the company is the first in its industry to offer a fully managed web solution, where not only the terminal itself is delivered, but also satellite capacity and service to the end user.

"This means that a journalist on site at the front in Ukraine not only can establish a connection rapidly but can also purchase more capacity through our online store. It's a significant business innovation in our industry that greatly benefits the end user."

This is also why in just five years Satcube has developed a solid list of customers where prominent aid organizations, government actors and large media houses have bought the Swedish innovation, including the UN, the Government of Japan, the International Red Cross, CBS News, and the Swedish Civil Contingencies Agency.

"Conflicts, natural disasters and crises where ground-based communications channels are disrupted or destroyed are typical scenarios when our technology is put to use, as it is borderless and you can get access a channel anywhere on earth," confirms Jakob Kallmér.

As an example, he mentions the company's communications solutions currently are deployed by ten organizations in a war-torn Ukraine. All types of organizations from journalists to aid organizations that are using telemedicine and need access to remote assistance from professional doctors. Another example is Japan, where the risk for tsunamis and earthquakes are high, that uses the Satcube satellite connectivity to coordinate rescue and crisis response.

Jakob Kallmér, who amongst other things has a background from the Swedish satellite communication venture Swe-Dish, which was later acquired by the company American Rockwell Collins, co-founded Satcube in 2007. Based in Gothenburg, Satcube started as a consulting company, and started developing into a product company in 2014-2015. 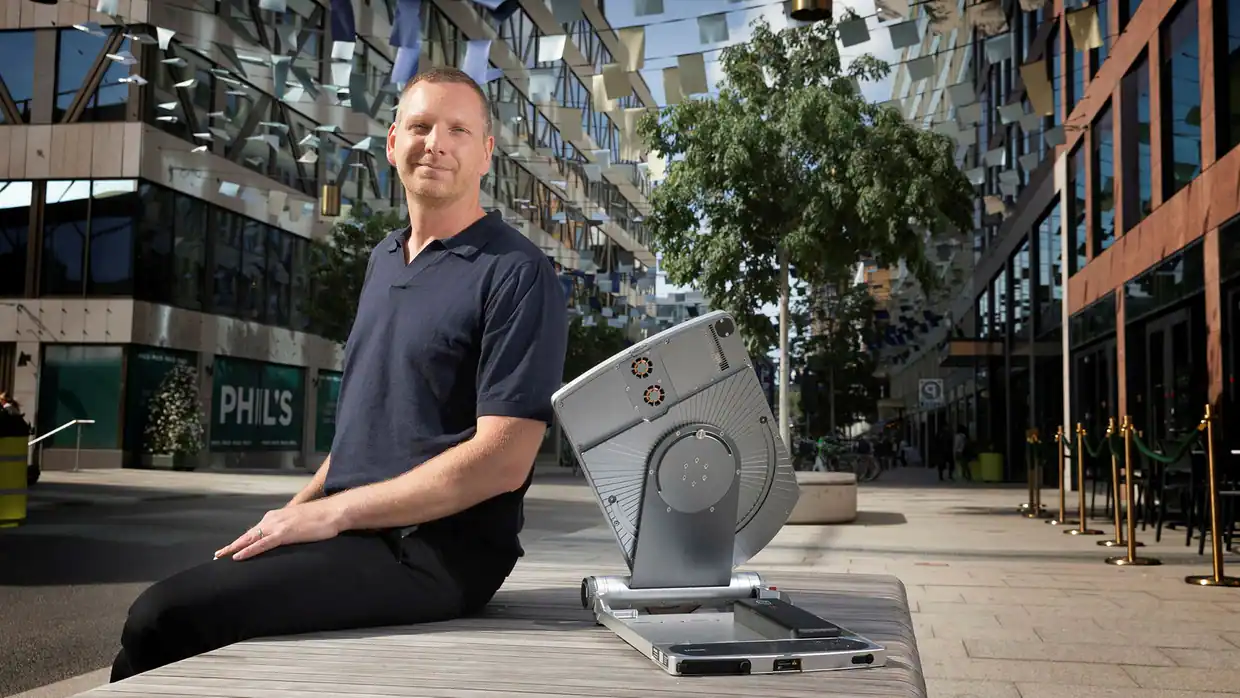 "Data transmission started to become a hot topic and we identified a gap in the industry to develop a completely new type of terminal. We had conducted a lot of research and development, so the product idea was already in our minds. The business venture required investment, so at that point we decided to bring in venture capital."

With a couple of heavy investors behind the venture, the first terminals were able to leave the production facility in Karlstad in 2017. Since first production, sales have grown exponentially and today approximately 300 terminals are manufactured annually.

"Demand is constantly increasing, and it is not uncommon for customers to place an order for 50 terminals at a time, so we're producing as much as we can."

Increasing production of a technologically advanced product makes recruitment a challenge. However, close collaboration with both KTH and Chalmers University of Technology, has enabled the company to bring in a lot of newly graduated engineers.

Component and semiconductor shortages are another area that is weighing heavy on businesses right now. How does it affect you?

"We've tried to plan for up to two years of inventory and have done fairly well. However, for some components we have had to turn to the spot market where in some cases prices have increased by 1,000 percent, which is hitting at our margin."

The company continues to aim for profitable growth. So far this year, the revenue has reached SEK 60 million – which is more than last year's total turnover and Jakob Kallmér sees the possibility of landing at SEK 100 million for 2022. 2023 the plan is to double that figure.

In parallel, Satcube is working intensively to develop tomorrow's satellite communications system, which is based on LEO satellites- where LEO stands for "Low Earth Orbit" meaning communications with satellites in low orbit. LEO satellites have received significant attention lately due to Elon Musk's efforts in the field. Satcube is in the process of establishing collaborations with several major LEO players. Among them are OneWeb, Starlink and Kuiper, with Elon Musk and Jeff Bezos being behind the latter two. For this new initiative, Satcube has also been awarded funding from Vinnova of SEK 4 million.

"Today we use geostationary satellites, but the advantage of satellites in LEO orbits is that it requires less powerful terminals to access high-speed internet. We can then create smaller, more energy efficient and cheaper terminals, " says Jakob Kallmér and continues: "The time to invest in this initiative couldn’t be better strategically as huge investments are planned for space and the satellites being launched, but almost nothing on the ground and towards the end user. That’s where we have a gap that we can fill." 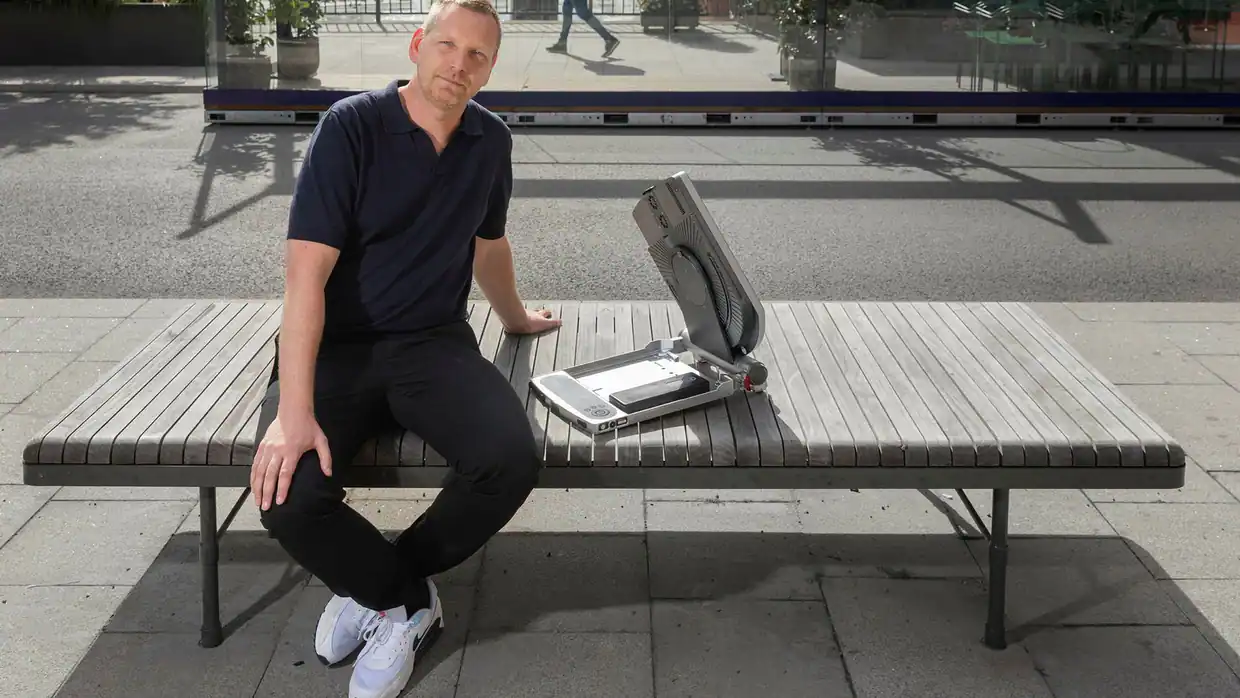 Today, 3.5 billion people lack access to the internet, while at the same time the UN has stated that the internet access is a human right. According to Jakob Kallmér, more people will be able to access the internet with the new and cheaper technology. It can also become a means of strengthening democracy. "The existing digital exclusion is enormous, however cheap terminals can quickly change that. Internet-based information is a prerequisite for bringing developing countries out of poverty. LEO technology will also strengthen the free movement of communication, as it is limitless and difficult to control. It would create difficulties for dictatorship states currently practicing censorship and using internet shutdowns."

What determines whether you succeed with the LEO initiative?

"A lot of satellites need to be launched for the LEO-networks to be fully operational and there lies a level on uncertainty. If satcom is to become a true success, it must become a natural part of the telecom ecosystem and 5G. Users do not care how it is done, they just want connectivity."

Other: Satcube's terminal has been awarded the prestigious Red Dot Design Award.

Text (translated) and images are borrowed from an article published by Dagens Industri on June 25th 2022. Click the link to read original article